Browse: Home   /   An open letter to my MP on EU Withdrawal 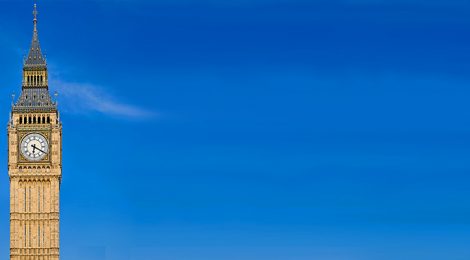 An open letter to my MP on EU Withdrawal

[Pauline Latham’s original remarks are in italics; my comments are in Roman.]

Why should the United Kingdom hand over £39bn of taxpayers’ money with nothing guaranteed in return?

And why should we continue to be bound by European laws in vital areas such as social, environmental and employment policies?

This is most curiously worded. The kinds of EU laws you mention are ones that we have agreed to, indeed helped draw up, because of the crucial safeguards they provide. If we ‘leave’ this jurisdiction, many of our citizens, and our environment, will be compromised and will be thrown back on less robust laws that provide weaker safeguards. There will inevitably be areas where we still have to work with Europe (or rather, the rest of Europe, because we can never cut ourselves off completely from our continent) where this will cause problems and conflicts. You are asking, in effect, why should we have the same high standards as our neighbours? Why shouldn’t we let standards slip? Why should we uphold workers rights? Why should be care about the future of our environment? These questions have a curious, unreasonable sound to my ears.

Ironically, I was in Kenya, playing my part in negotiating trade relations outside of the EU when Theresa May presented her ‘deal’ to parliament.

You make it sound as if we don’t do very much trade with Kenya already. The sad truth is that Kenya has a very badly performing economy (see: graph for GDP per capita over the last half century) and poor world ranking of 69th position. Its problems have little to do with the EU; indeed many of its more encouraging prospects for the future are the result of its relationship with the EU. Your ‘irony’ here is lost on me.

Her proposal had led to much frustration among those of us who voted to leave the European Union because we feel it is not cutting the cord in the way the majority of the electorate wanted.

This is quite simply untrue. You know perfectly well that ‘the electorate’ means ‘those who are entitled to vote’ and not ‘those [of the electorate] who bothered to vote’. The truth is that a minority of the electorate (37.4%) voted to leave. Also, few other countries would ever allow such a major change to be made to their constitution as a result of a simple majority (51.9%) of those who voted. Most would sensibly require a super-majority of at least 65%.

Following the PM’s speech at Conservative Party Conference, I was hopeful that she was steering us towards a sensible Brexit but the withdrawal agreement has shown that she has not listened.

I don’t know what a ‘sensible Brexit’ means. To most rational people’s ears this is an oxymoron like ‘an embracing avalanche’, ‘a stimulating car crash’, or ‘a good-natured civil war’.

Indeed, I don’t think she will be able to convince enough MPs that hers is the correct path and, consequently, we will have to renegotiate.

The idea that we now have any room for manoeuvre, i.e. that we will be able to make the EU change its fundamental principles to ‘accommodate’ our wishes is pure fantasy.

I believe that the UK should take a stronger line with Europe for several reasons – not least because that is what the majority of the Mid-Derbyshire constituents want.

What one constituency in the UK ‘wants’ cannot be the deciding factor regarding what is best for the country. Indeed, to treat it as such is in direct violation of an MP’s Code of Conduct, which puts their ‘general duty to act in the interests of the nation as a whole’ ahead of their ‘special duty to their constituents.’

The majority who have contacted me have lost faith in Mrs May because of her Brexit plan.

They want to know why World Trade Organisation rules cannot be applied to the relationship between the UK and Europe.

This sentence is opaque indeed. It’s a bit like saying, ‘I don’t see why polygamous behaviour should conflict with my marriage vows (i.e. the relationship I have with my wife.)’

They also believe that the Canada+++ deal would have been the best option.

‘They’ sound unusually clever. I doubt whether actually any more than about 0.1% of the electorate would understand what a ‘Canada+++’ deal would amount to. I certainly don’t.

Under Mrs May’s proposal, the UK would agree a financial settlement with the EU of £39bn, including budget contributions during the transition period up to December 2020.

It sounds like you believe it is morally acceptable not to honour our contractual agreements with the EU in any way. Or that you don’t understand what the term ‘transition period’ means.

We would also be paying for unfunded EU commitments and EU pensions.

This sentence is another that seems to be beyond the reach of logic. Cp. ‘When I go to the supermarket I shall be paying for some unfunded provisions.’

In return for this vast sum of money, the United Kingdom is not guaranteed any future trading arrangements.

If we make a deal we will be guaranteed a future trading arrangement. There will only be no guarantee if there is no deal, and I’m sure that you, my MP, would not contemplate such madness.

Meanwhile, the UK will be bound by EU laws in key areas but will have no further influence over how they are drafted.

Only if we (or rather my government or my MP) doesn’t want any such say in making future EU laws.

Well, obviously, if we stay in the customs union we will be bound by its rules.

This week I have been on a trade mission to Kenya and saw some fascinating possible link-ups with the UK.

I like the way you talk about ‘possible link-ups’ rather than ‘trade deals’. Or rather, I don’t like it because it is so tantalising vacuous.

Why on earth should these be put on hold because of our relationship with Europe?

I can’t answer this question because you haven’t deigned to tell me anything about these ‘possible link-ups’ except that they are ‘fascinating’ (to you). I trust that they will not conflict with undertakings we have already made with Europe.

Mrs May’s “agreement” creates internal borders within the UK and would leave Northern Ireland having to apply EU rules in areas such as goods, agricultural products and VAT.

I don’t see why you have found it necessary to put “agreement” in sneering quotation marks. What Mrs May has put forward is a proposal for an agreement. It would become an agreement if it were agreed.

On the question of borders: it is the Brexiters who are creating them. Either the old, ghastly blood-soaked border between Eire or NI is restored (in direct violation of the Good Friday agreement), or there is the ‘backstop’ that the EU insists on, which pushes the border back to the Irish Sea. The idea of an invisible border, using the latest technology, between northern and southern Ireland is a fantasy because it will take months/years to create such a thing, and even if it’s possible (which I doubt) it will still be a massive handicap to trade between NI and Eire. I have been told that, actually, there will be a two-tier system in which the UK will still have to be partly within the EU customs union (but partly outside it), which will create another trade-handicapping border in the English Channel. Whatever happens, borders of this kind in the modern age – global whether we like it or not – are only things that are wished for by Trumpists and other extreme nationalists. Or people who haven’t thought it through for one moment.

The fifth key issue is that The European Court of Justice would remain in control of the agreement and the EU laws which the UK will be subject to.

Why do you think she’s done that, under her proposal? She may not be quite as daft as you think.

The fact is that, if this deal is agreed, the United Kingdom would be half in and half out of the European Union.

This is true. But it is not necessarily a less desirable state of affairs than being totally outside the European Union. A vast majority of economists tell us, on the contrary, that it would be much better for us not to leave the EU at all.

Our laws would be created abroad and we would have no influence over them. This is completely against the spirit of the 2016 referendum in which 17.4 million UK citizens voted to leave the European Union.

… i.e. against the wishes of 37% of the electorate who apparently understood what was being proposed by ‘leaving the European Union’. Remember that arch-Brexiter Daniel Hannan told us quite clearly that “Absolutely nobody is talking about threatening our place in the single market.”

I am a member of the European Research Group and we believe that the UK should renegotiate Brexit, taking the existing EU/Canada trade agreement and adding on some additional elements, such as a security protocol and a protocol on data.

The idea that we can ‘renegotiate’ some kind of special à la carte/‘cake and eat it’ agreement (that has given rise to the splendid new expression ‘cakeism’) is, as I’ve said already, pure fantasy.

A ‘super-Canada’ trade agreement would not involve being in the single market or customs union and would not leave the UK subject to the authority of the European Court of Justice.

It sounds to me so odd to hear someone enthusiastically arguing for not being in a single market or customs union, as if these are undesirable things that we did not strive for many years to be part of. As if we no longer want to be part of a mutually beneficial club, in which the members all aim to work together for the benefit of all. I.e. It is as if Schiller had not decided to write an ‘Ode to Joy’ in which ‘all men shall be brothers’ but an ‘Ode to Misery’ in which they are all at each other’s throats. I doubt if Beethoven would have wanted to put that to music.

But we would not have surrendered our destiny and breached the spirit of the referendum.

I would love to know what this alleged ‘destiny’ is. I like to think that is something along the lines suggested by Churchill in a famous speech in Zurich in September 1946:

‘to recreate the European fabric … to provide it with a structure under which it can dwell in peace, safety and freedom. … A kind of United States of Europe … which could give a sense of enlarged patriotism and a common citizenship … and help to shape the honourable destiny of man. … If Europe is to be saved from infinite misery and indeed from final doom, there must be this act of faith in the European family …’