An idyllic return to Harrison’s Rocks

gstain / July 4, 2015 / Comments Off on An idyllic return to Harrison’s Rocks / Happenings 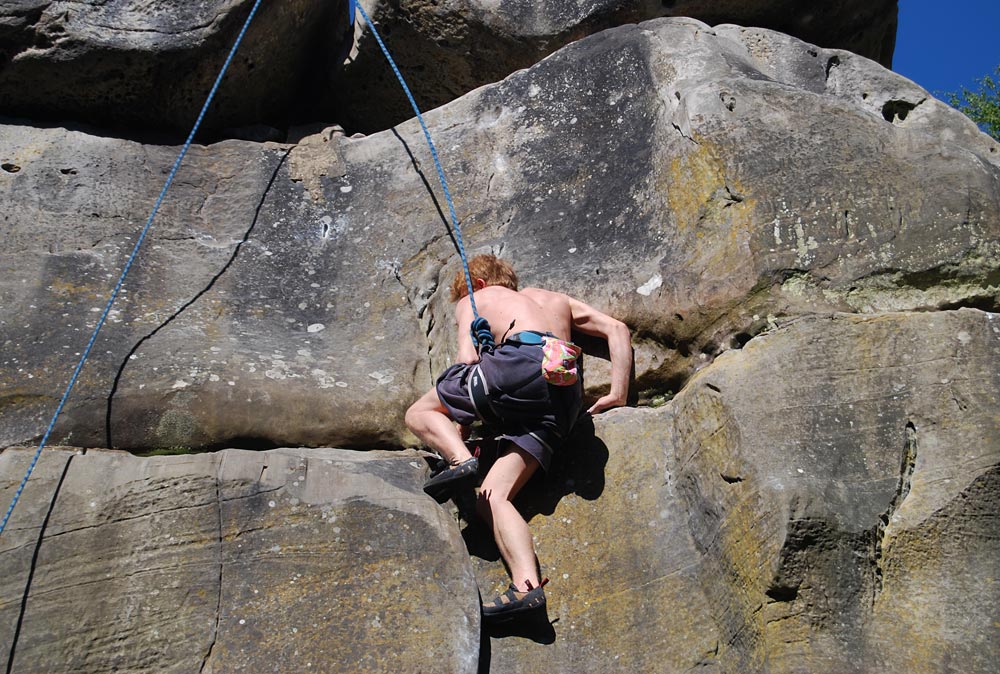 One of the boys making light work of Niblick, 5b

On June 30, Chris Henshall, the master in charge of climbing at Tonbridge School, invited John and I down to their end of the year climbing meet at Harrison’s Rocks. (Along with Hugh Tassell and Grenville Byford, we had been founder members of the Club in 1967, with John as the first Secretary.) 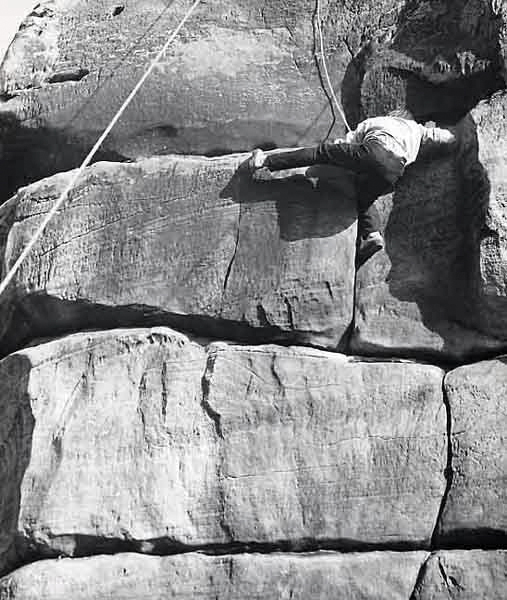 This was another extraordinary trip down memory lane for me, and a lot of the time I felt I’d entered some kind of dream world, seeing long-forgotten pieces of rock again, not being quite sure that it wasn’t simply a figment of my imagination. Memory is such a strange thing, and on a trip like this it’s a continual mixture of the unchanged, the subtly different, and the unrecognisable.

The condition we found Harrison’s Rocks in was a wonderful surprise. John and I had been bracing ourselves for something a bit sad, a mere shade of its former self – because how could it possibly have survived the onslaught of another quarter century of intensive top-roping since we’d last visited them? Surely it would be a badly worn old wreck, long past its ‘sell-by date’?

But really it was quite astonishing. To see the best parts of the rocks (the Slim Finger Crack area, the Isolated Buttress, Wellington’s Block and Unclimbed Wall) basking golden in the sun was totally unexpected. In fact, I’ve never seen those areas looking in quite such good condition – if anything rather better than I remembered it. The BMC has clearly done an amazing job with it, no doubt the result of much careful diplomacy and decision-making, resulting in a new approach path along the foot of the rocks and judicious tree felling in just the right places. And the very strict new protocol of belaying and climbing procedure has clearly reaped huge dividends.

The idyllic nature of the rocks was helped perfect mediterranean weather, as if the gods themselves were smiling on the day. The school team decided to concentrate on Wellington’s Block area, and Chris put top ropes down most of the famous old classics, including an old favourite of ours, The Niblick (5b). Well over half the boys got up this, mostly in great style, and those who didn’t gave it determined efforts. 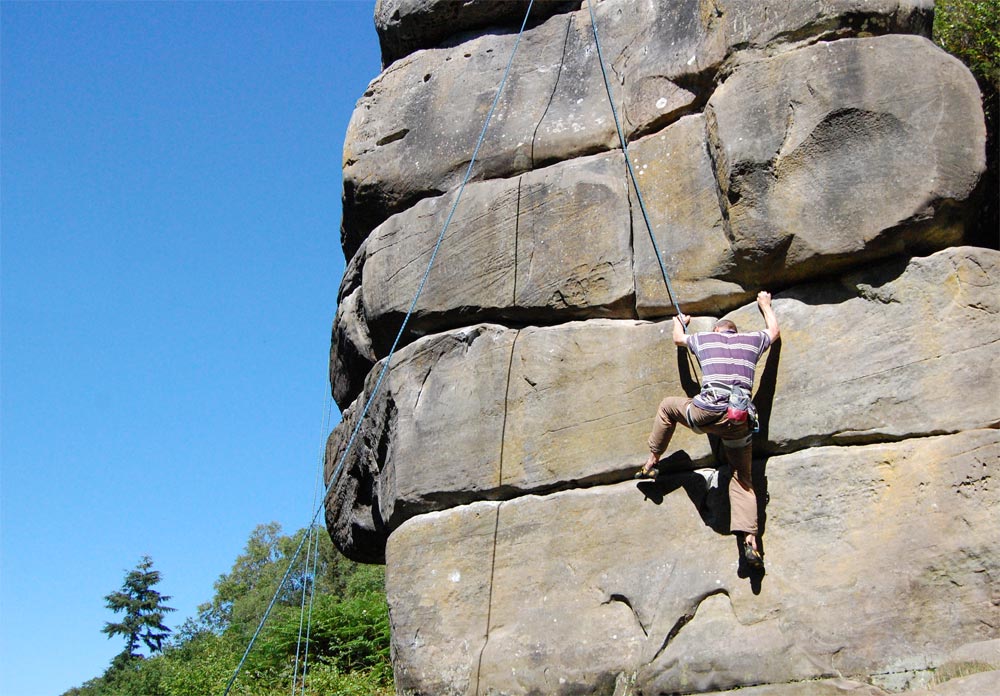 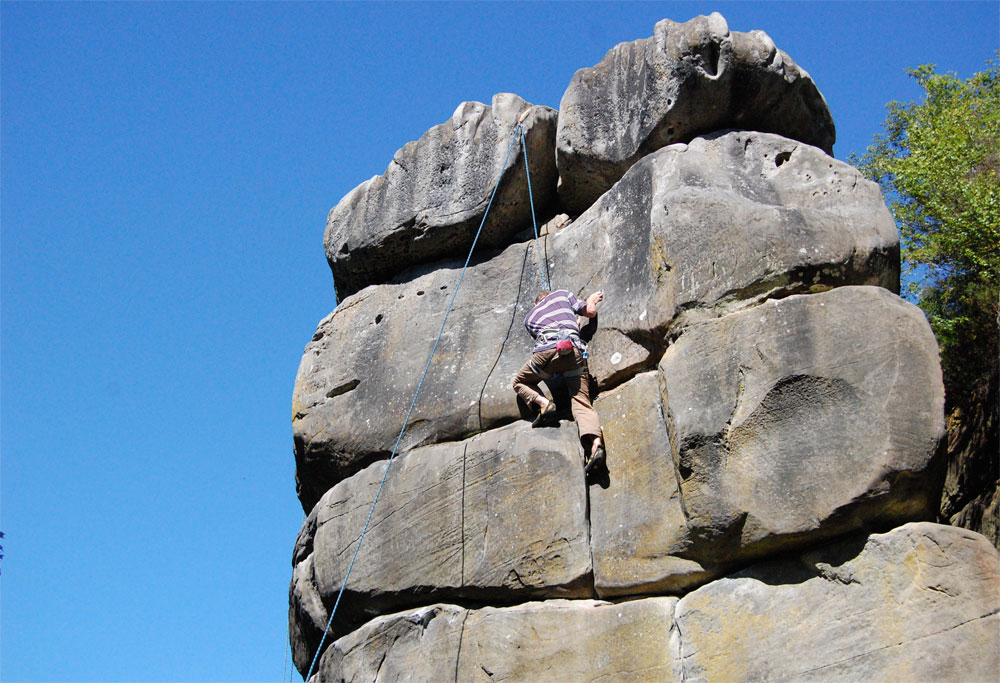 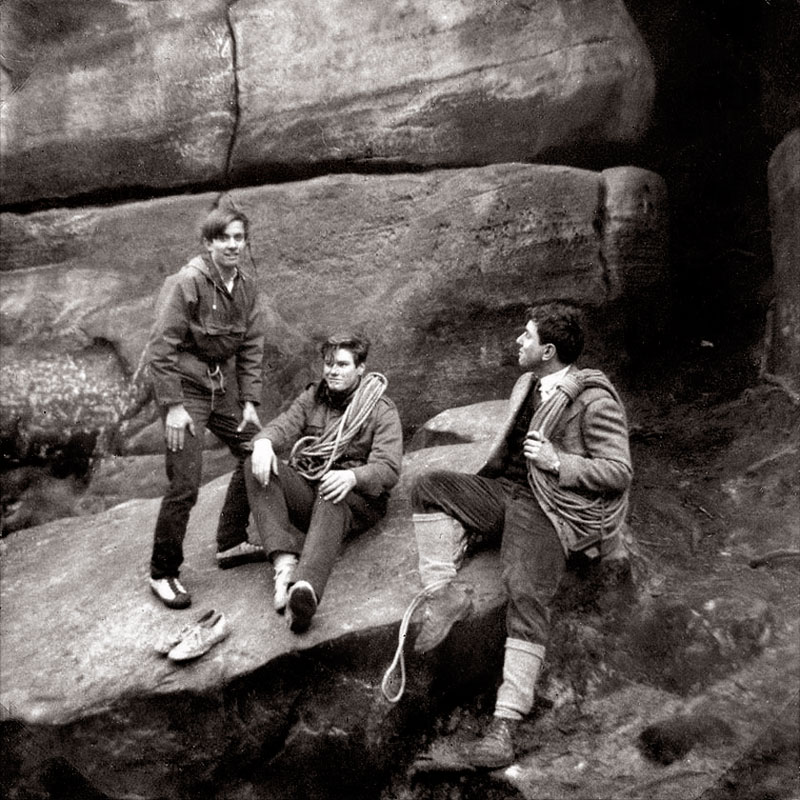 Gordon, Hugh Tassell, and Nick Prosser (master in charge of climbing), below Niblick, 1968 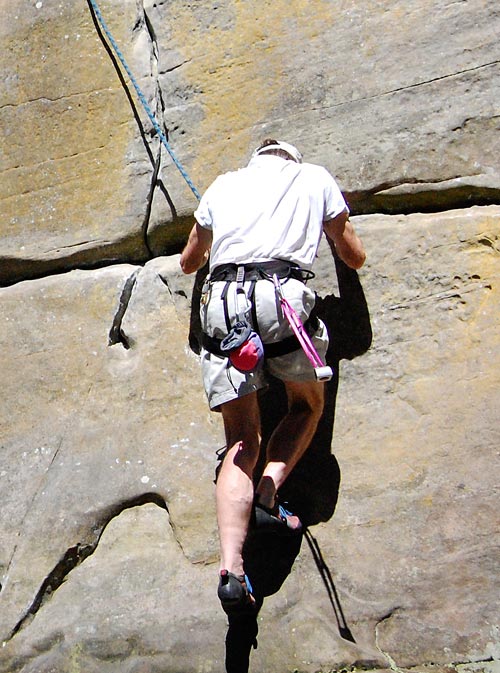 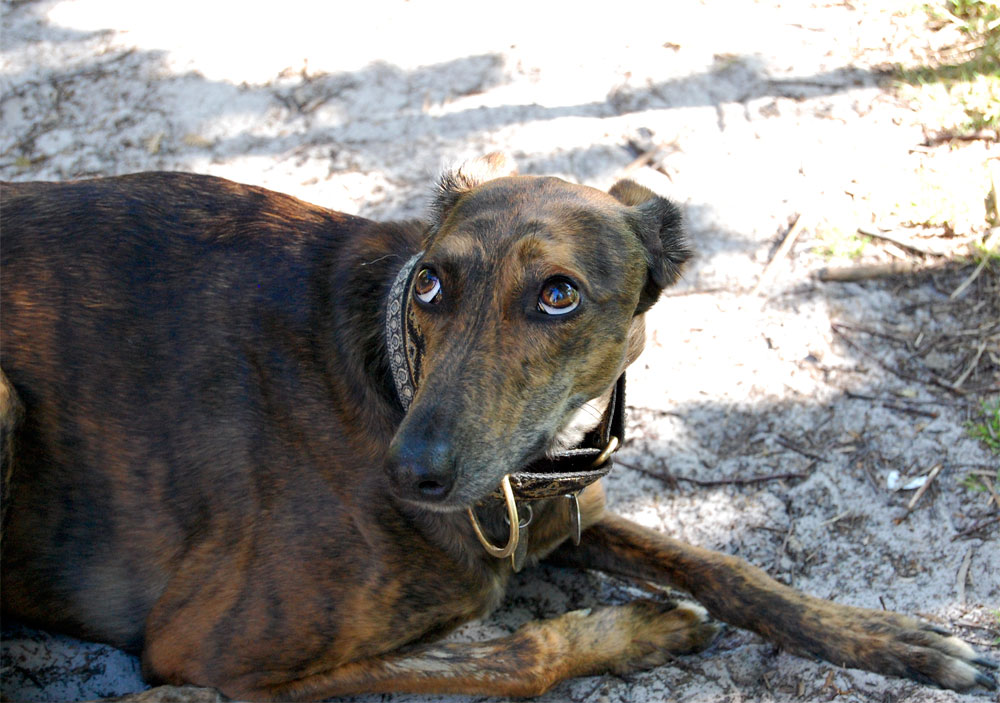 Not everyone was so sure about the wisdom of this pastime …

It was certainly very heartening to see just what terrifically good shape the Tonbridge School Climbing Club is in, 47 years after we left… What really struck us about the boys on Tuesday was their quiet modesty, coupled with their enthusiasm, with no bragging at all, and just a little bit of gentle banter. Just as it should be. A very impressive bunch. 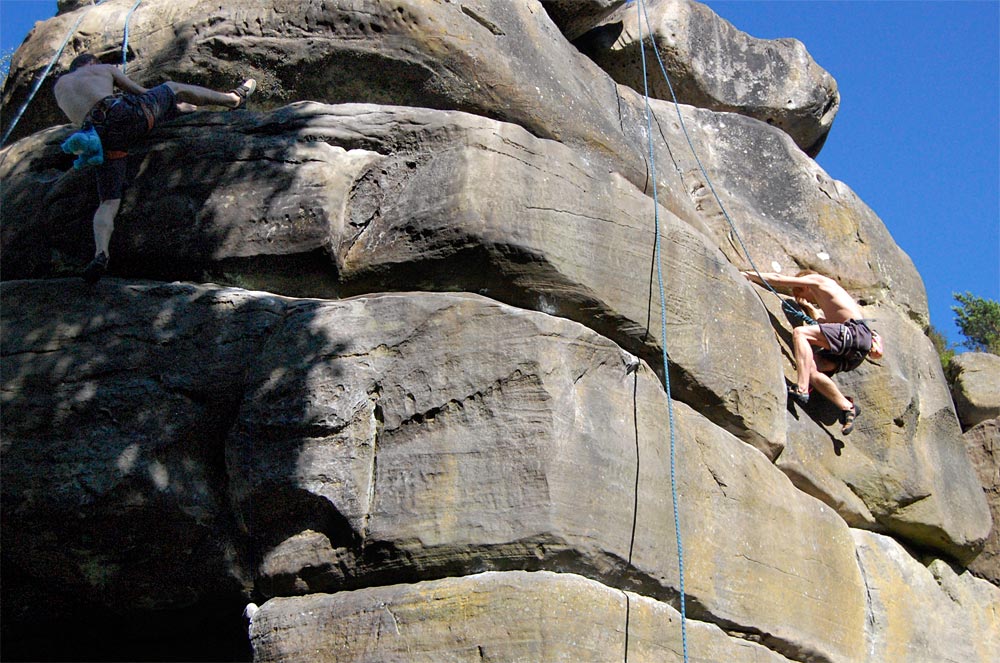 Boys on Bonanza (L) and The Niblick (R)

At around 6 o’clock we adjourned to The Hare at Langton Green for a lovely supper in the garden. A perfect end to a perfect day.

At The Hare at Langton Green

← On Style and Eloquence
The Matterhorn and the Taugwalders: reflections on the 150th anniversary of the first ascent of the Matterhorn →