Peter’s ashes were laid to rest under ‘The Arnhem Oak’* at the church of St. Mary and The Holy Rood, Donington, Lincs, on Sunday, 23rd September 2018, on the occasion of the annual 1st Para Squadron Reunion, 74 years after the Battle of Arnhem. 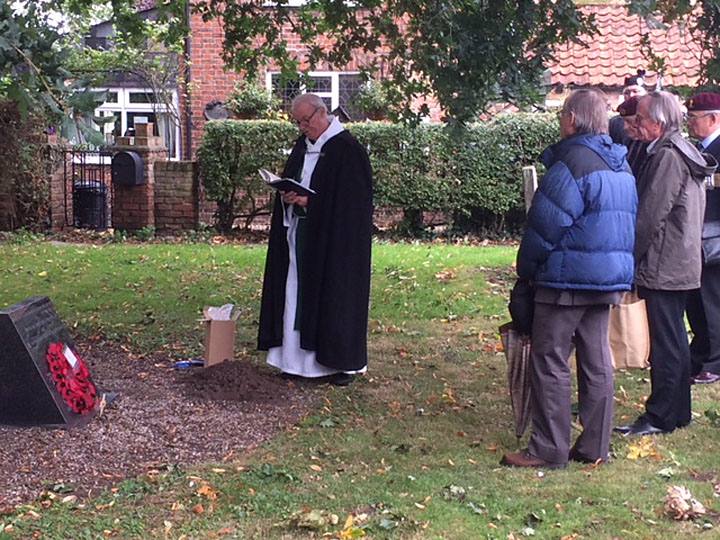 The proceedings were conducted by Rev Charles Robertson. Gordon, John, and Col. Chris Davies (who organises the Donington reunion each year) can be seen on the right.

An article on the remembrance service, with a group photo,
appeared in the local paper, Spalding Today, 01 October 2018. 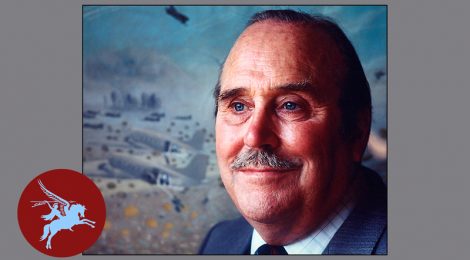 The start of the Battle of Arnhem, 17th September 1944 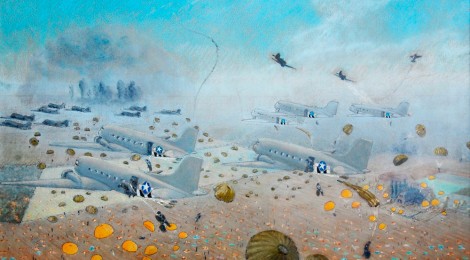 Lieutenant Peter Stainforth of the 1st Parachute Squadron, Royal Engineers, fought in Algeria, Tunisia and Sicily, and finally at the Battle of Arnhem, where he was shot through the lung and taken prisoner (so becoming one of the lucky few who survived this notorious military débacle.)

Throughout the war Peter Stainforth had a sketchbook with him, and later made this remarkable pastel drawing of the First Parachute Brigade landing on Renkum Heath, near Arnhem, in the first wave of Operation Market Garden on 17th September 1944.

Other drawings and paintings 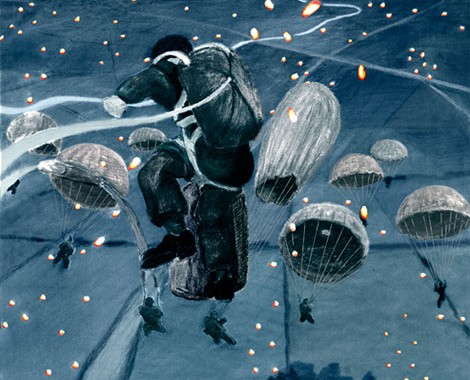 Detail from Dad’s vivid picture of jumping in the night in Sicily in 1943. Click image for the full extraordinary original. 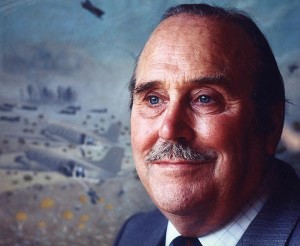 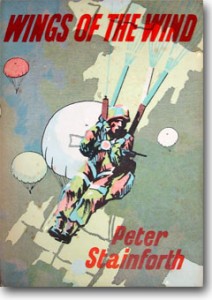 Peter Stainforth’s account of his war time experiences as a paratrooper: Wings of the Wind, 1954 (1985 edition) 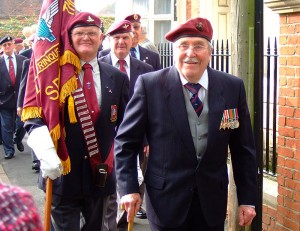 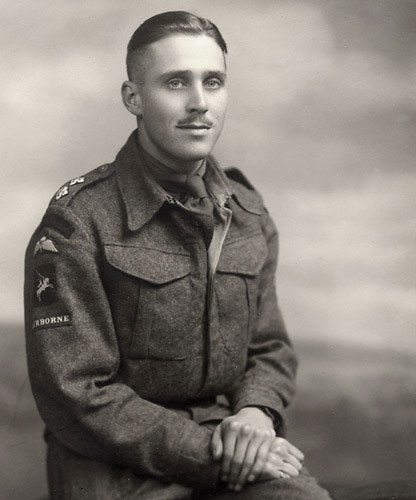