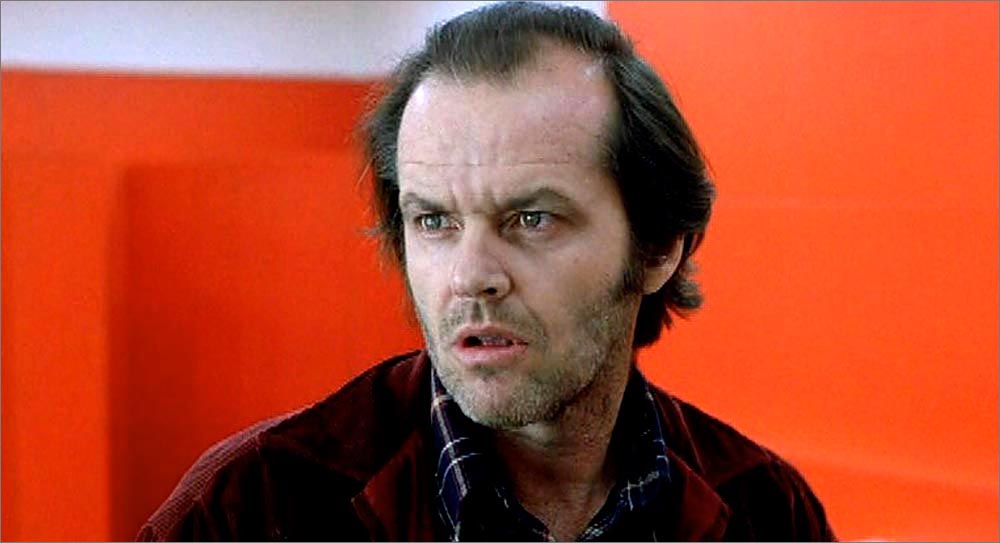 I was astonished in the late 1990s to find on various Kubrick-related websites that the music score that I had edited for Stanley Kubrick on The Shining in 1980 had acquired something of a cult following. When the film first came out, the music – made up entirely, apart from the opening title, of pre-existing modern classical pieces – attracted some criticism. But as time passed the enthusiasts drowned out the detractors. Of course, it is by no means to everyone’s taste, and now that it has been so much imitated it may be less popular again.

[Added 22 Sept 2015: … Though I do still receive some astonishing accolades. On 22nd September 2015, for example, I received the following comment from a Prof. George Werner, on Youtube:

‘Gordon Stainforth. What you did on “The Shining” was, without a doubt in my mind, the most brilliant music editing ever accomplished for film. Even Film Score Monthly couldn’t dissect all the layering of the Penderecki pieces you were doing by the end of the movie. Much of the credit for the atmosphere of the film has to go to you, sir, as much as to Kubrick. After all, it could have been all Wendy Carlos!’] 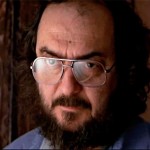 Stanley had initially commissioned an original score, and although it was very fine in its own way, he felt increasingly during the post-production that the film needed something altogether more disturbingly freakish and manic. I was extremely honoured therefore to be given this daunting task in the spring of 1980, just six weeks before the film was due to open.

Even more challenging was the fact that Stanley himself would have very little time to oversee my work because he was at that point involved every hour of the day (and some days late into the night) mixing the dialogue and effects tracks in the dubbing theatre.

Stanley was very keen to use Penderecki’s music and told me to get hold of everything that he’d ever recorded. I think it amounted to about fifty hours in total, which took me about four or five long days to listen to. Stanley told me exactly where he wanted each music cue to start and finish, and told me to lay up whatever I thought worked, giving him if possible a choice of about three or four different pieces of music per cue.

Each evening he would listen to a bit more of what I’d laid up during the day, and then I’d work often late into the night – twice right through the night – making the final changes and drawing up the final neat music charts for dubbing the next day. Stanley had an extremely ‘hands-on’ role in the dubbing, as with every aspect of his pictures, and the blue annotations on my rough chart for the penultimate reel (top right) are his.

There was very little discussion, but he was very positive and would make snap decisions in every case when I played him my choices. And by what he chose, he was nudging me always in a particular direction, of a kind of manic madness. And the more I went that way the more he liked it. But when it came to the climax of the movie (Jack axing the doors onwards) I’d got all the most dramatic stuff laid up in a kind of complex mosaic, and still it wasn’t enough for him.

‘How, Stanley, I’ve used all the most dramatic stuff I can find in the whole of Penderecki!’

‘Just lay two pieces on top of each other!’

‘But we can’t do that – what will the musicologists say?’

And amazingly, he was right … well, certainly I never heard or read any comments about the liberties we took. 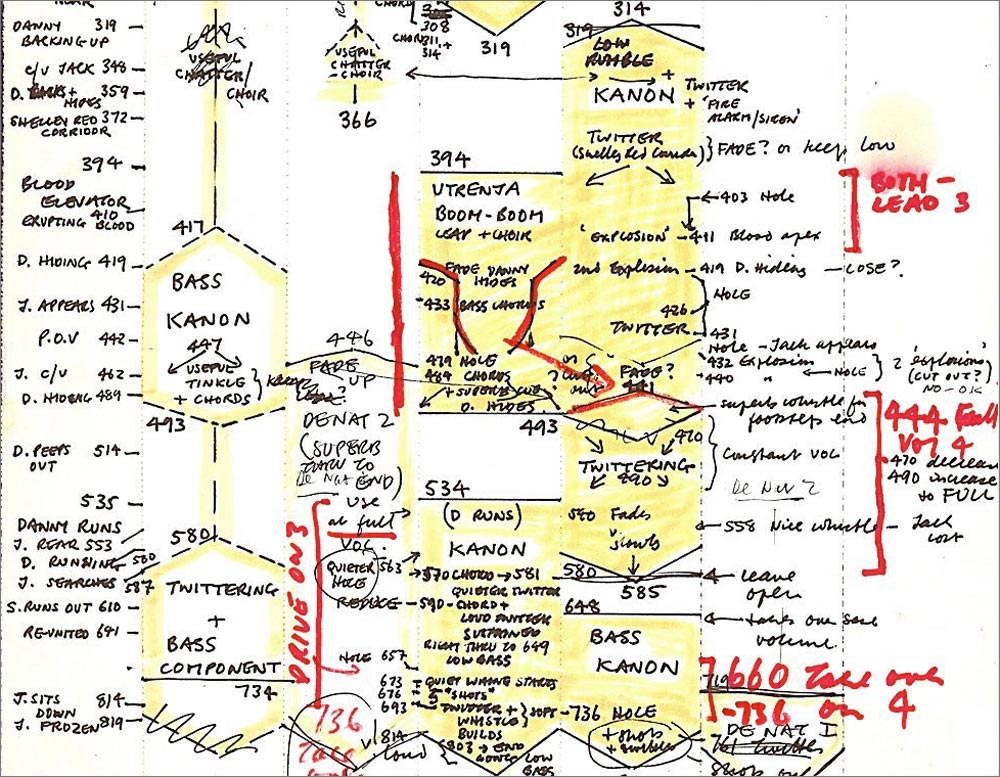 It was certainly the most interesting job I ever did in the film industry. Many of the musical discoveries I made were very exciting – for example, the music when Jack bounces the ball on the wall and walks over to the model of the maze, and the use of Bartok’s Music for Strings, Percussion and Celeste when Jack and Danny are talking in the bedroom (this was my idea, in a scene where Stanley initially didn’t want any music – but fortunately he really liked it.) 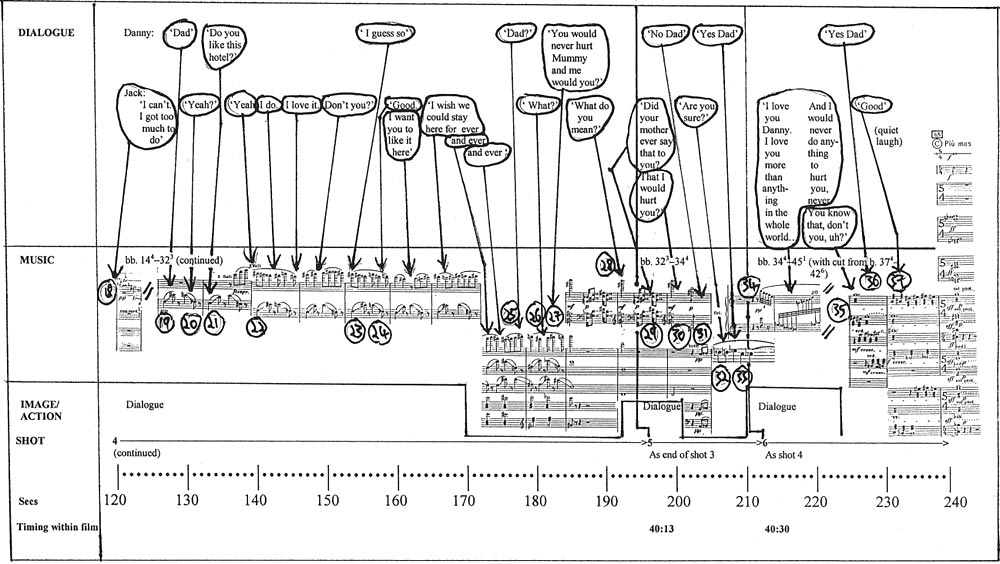 Diagram of my use of the Bartok music in the Jack & Danny bedroom scene. Courtesy Jeremy Barham.

The 1930s piece, ‘Midnight the Stars and You’ (about ten years too late for the 1921 ballroom scene), when Jack walks into the Gold Ballroom, was the only choice I could give Stanley because nothing else fitted one hundredth as well. It also had the perfect feeling of someone finally coming home to his destiny. Very few people can believe that ‘Midnight, the Stars and You’ was chosen and fitted at the very last moment of dubbing, and was not planned all along. (Stanley had a completely different piece of music played on a cassette recorder for Jack to ‘dance’ to when they shot the scene.) 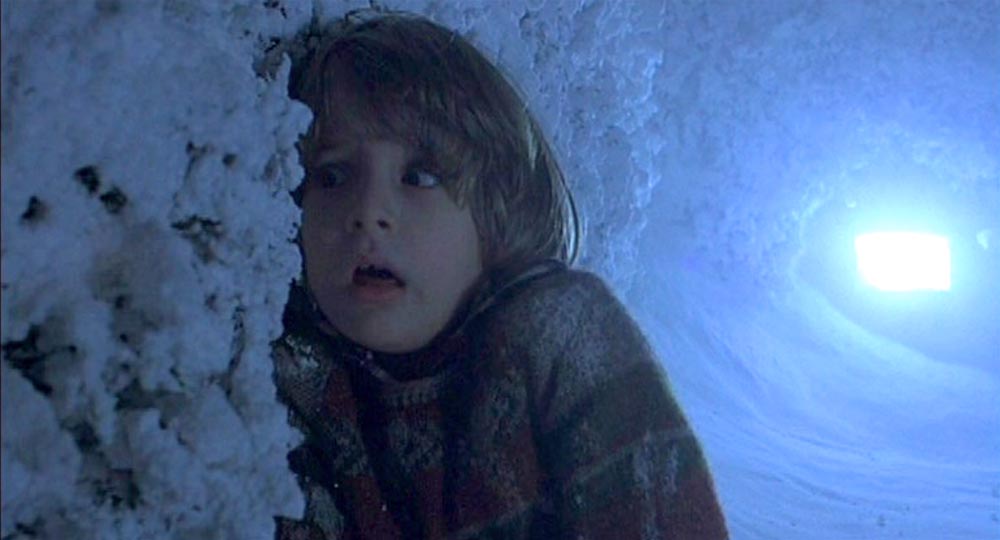 Danny hides in the maze of the Overlook Hotel

Of course, the final scenes, with Jack chasing Danny in the maze, were very difficult to do because of the complexity of the track-laying, but in fact the most difficult scene by far was when Jack and Grady are talking in the ‘red bathroom’ and there are songs playing in the background from the ballroom. I first thought Stanley meant them to be played very softly as little more than an impression of music going on in the background, but he wanted them to be quite loud so that the words of the songs could be heard. I had huge trouble getting anything to work without it interfering with Jack and Grady’s dialogue. I protested that we’d have to play it softer because it was so distracting that you couldn’t hear the words of the songs properly, and he said, well that’s why it’s got to be louder! He was obviously setting this up as a challenge to me, because he knew the juxtaposition of Jack and Grady’s dialogue with the words of the songs could be very interesting. So I had the counterpoint of ‘It’s all forgotten now’ and ‘Home’ done in a kind of ironical way, and he loved it. It was a nightmare to get it so that words of the songs mostly fitted into the gaps between Grady and Jack’s dialogue. It took me about three days, I think, doing very subtle and tricky editing of different songs, very few of which would work at all. 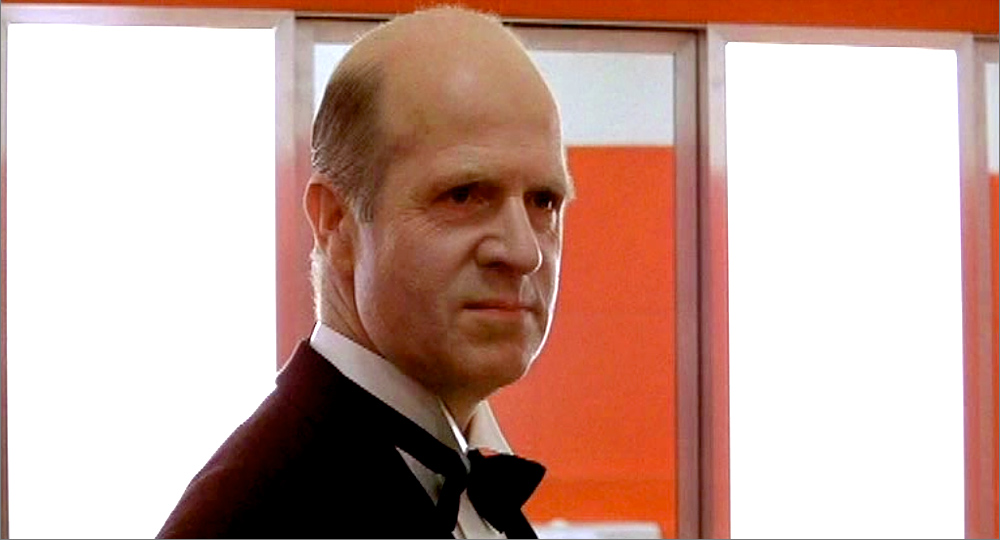 When The Shining was redubbed in stereo in about 2007, neither I nor Ray Merrin, the dubbing mixer who did the original 1980 mix with Bill Rowe, was involved. While I think the stereo has many merits, the remix is not as subtle as Stanley’s original. It’s quite a lot cruder and there are some definite ‘mistakes’.  But overall, I’m still very proud of my work with the music on this classic movie. 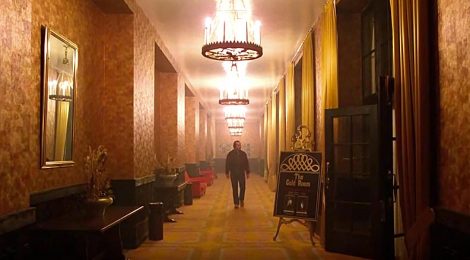 The Shining – Genius in Musical Editing, a seven-minute feature on YouTube by Barnaby Martin, published on 22 Apr 2019.

Complete (simplified) music chart of all the music tracks in The Shining, as edited and track-laid by GS in 1980.

A very thorough summary: THE MUSIC IN THE SHINING by Valerio Sbravatti (2007; revised 2010).

A chat with Gordon Stainforth (an interview by Felix ‘El Gato’ Martinez, 2001)

‘INCORPORATING MONSTERS — Music as Context, Character and Construction in Kubrick’s The Shining’ by Jeremy Barham (University of Surrey, 2009)

The Shining – An analysis of the Stanley Kubrick horror classic, Shawn C. Martin, 2002. Also contains useful pages on the music.

Vivian Kubrick’s documentary, Making ‘The Shining’ (©1980+1999 Arena BBC). NOTE: This is a very compromised version with all The Shining clips removed.

There’s also a nice 10-minute video about The Shining, its creepiness, its screenplay, and Stanley’s approach to the subject here: 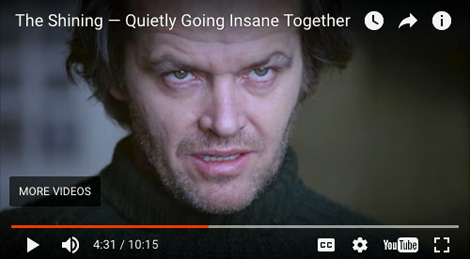 I also recommend the following book on Kubrick’s use of music in his films, which has a particularly good chapter on The Shining music:

Added 13 Feb 2016: I would also now like to recommend The Shining by Roger Luckhurst in the BFI Film Classics series, published 2013. This masterly monograph is the most intelligent overview (or should that be ‘overlook’?) of The Shining that I have ever read.

Added 10 Sep 2021: There is a particularly thorough study and analysis of The Shining music in Listening to  Stanley Kubrick: The Music in his Films by Christine Lee Gengaro (Rowman & Littlefield, 2012/2014).

* I do not have any copies of the final, very neat music dubbing charts I made for The Shining. They, of course, became the property of Warner Bros and, once I’d delivered them (plus all the edited and track-laid 35mm magnetic music tracks) to the Elstree Studios dubbing theatre in May 1980, that was the last I saw of them. 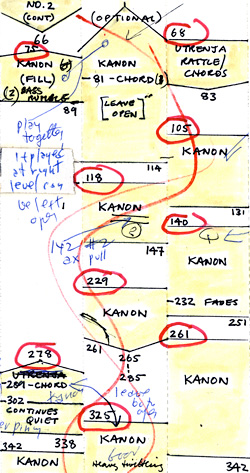 Above is part of my rough, working music chart for reel 14 of The Shining (Jack axing the doors) which Stanley used for a first run-through in the dubbing theatre. To help him ‘steer’ his way through the tracks, he asked me to draw those swirly red lines indicating the predominant tracks, and also to circle the key footages in red. His own annotations made during the run-through are in blue biro. Of course, it was nice to see him put ‘Good’ at the bottom …