Gordon Stainforth’s Fiva: An Adventure That Went Wrong won the coveted Jon Whyte Award for the Best Book of Mountain and Wilderness Literature at the Banff Mountain Festival in Canada against tough opposition in a particularly strong shortlist of five finalists.

The judges’ citation described “the breathless teenage voice” of the narrator as “an unrelenting force, sweeping the reader ever higher … as events spiral out of control…. An evocative period piece, Fiva is human, innocent, and unflinchingly believable. This little, unassuming book stands among the classic tales of climbing ‘epics.'” 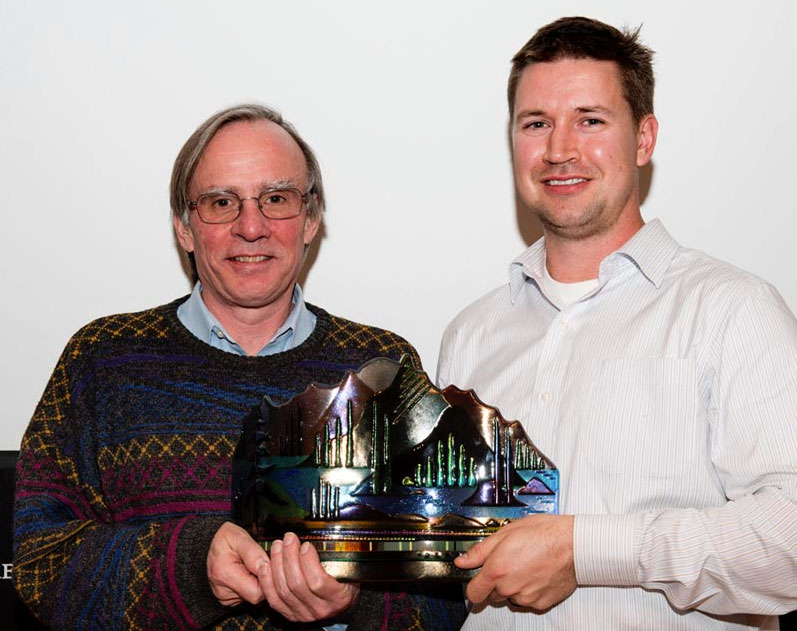 Gordon receiving his prize for Best Book of Mountain and Wilderness Literature 2012 from Brett Oland of the Jon Whyte Museum, Banff

Gordon and his twin brother John (who played a major part in the Fiva, epic in 1969) attended the Banff Mountain Festival for four days, and were given a wonderful time by their Canadian hosts.