Browse: Home   /   A Question of Balance 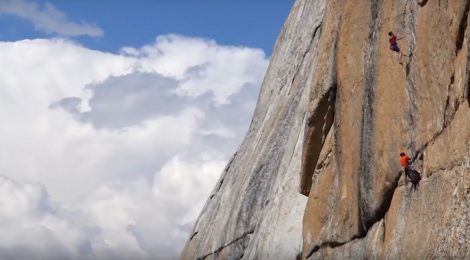 A Question of Balance

The following is written as a counter-argument to ideas expressed in a video about a life that’s committed to climbing.

I present it simply as a counter-argument. I’m not saying I’m right; I just want to express a worry or unease that I have with Nate’s argument. Because I think its underlying premisses need to be looked at critically.

My first point is that the whole argument falls at the very first fence with the notion of ‘commitment’ – hallowed here as something that in itself is morally wonderful. But a commitment to what? One can, for example, commit to a project or way of life that is morally reprehensible.

So, the mere fact that it involves ‘commitment’ per se cannot be where its real value lies.

In other words, it’s pure self-indulgence.

It may be something of a cliché, but it’s an important one: life is about giving as well as taking. Surely?

I’m not at all ashamed to say that I’m old-fashioned enough to believe in a work ethic.

The climbing lark that’s promoted here seems to have little to do with natural values, much to do with artificial goals. In fact, all the goals are reduced simply to numbers: ‘I sent my first 8B.  … My first E7.’

Always about ever higher numbers (‘Every goal I had was exceeded.’)

But there was a downside. He tells us there were medical problems: finger injuries, tendonitis, and so on. As if we’re meant to feel sympathy. (It’s amazing how little the most talented climbers do actually injure themselves. Most as a result of accidents, very little to do with obsessional over-exercise.)

And he suffered other ‘hardships’. Apparently, while he was on his quest for ever higher numbers, he lost his grandparents … Gosh, life’s tough.

But it was all worth it because it was set against ‘a backdrop of well-spent time.’

But that is the question: is it really time well spent, except in a purely self-indulgent sense?

Then he thinks of another benefit. ‘You will get to know incredible people.’ But many activities and careers do that. Some of the finest people I’ve ever met have been in occupations as divergent as film technicians, actors and … social workers.

Future goals? ‘I want to try to climb harder on sport … ‘

I have always seen climbing as something that complements ordinary life and work. Something that work makes possible. It’s of huge personal value in how it helps you cope with ordinary life. But I do not believe it should become an end in itself.

But the argument presented here is that climbing itself is enough to give meaning to life; it doesn’t require anything else. (Relationships, by the way, are never mentioned.)

It’s a simple philosophy, behind which lie two unstated beliefs:

That the purpose of life is to climb rocks or mountains.

And all that really matters in life is that one enjoys oneself.

The above triggered a huge debate on UKClimbing.com/forums/rocktalk. I added this comment:

I think it’s been a useful debate and I’m sorry if I seemed a little harsh. I certainly did not want to denigrate anybody. As I say, it is a critical debate that I’ve had with myself as a climber (and several people on this forum have noted that). In time I’ll add some further thoughts, or some kind of further explanation of what I meant, in my blog. For the moment, can I simply say what I really like about your well-crafted video: that you are very focussed, as you say a doer rather than a dreamer – that you have really extended yourself, found you are capable of climbing better than you ever realised, and that you’ve inspired huge numbers of other people. Right at the centre of ‘the meaning of life’ (hope this doesn’t sound too pompous) has to be the whole business of having dreams and turning them into realities. And this you have most certainly done.

Further note. Most of the people who’ve criticised me on UKClimbing have missed my main point, which is really about the subtext of Nate’s article that work is typically something ‘shitty’ per se, and that ordinary life is inferior to ‘a climbing life’. I have always seen them as entirely complementary, as part of a whole picture in which climbing is integrated into ordinary life and not something completely opposed to and separate from it. I’ll be writing about this more fully soon – particularly about my attitude to ‘work’.

Here I venture briefly into the realms of philosophy (which I read at university and have pursued ever since.) The ideas that I express here are more in the nature of passing notes and thoughts than rigorous intellectual arguments. There will be no pretension whatever to the scholarly. That will have to wait for a book I've been preparing for about 15 years now, which still remains about two projects down the line. 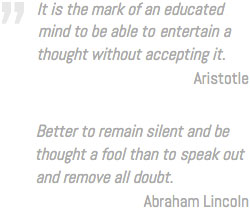