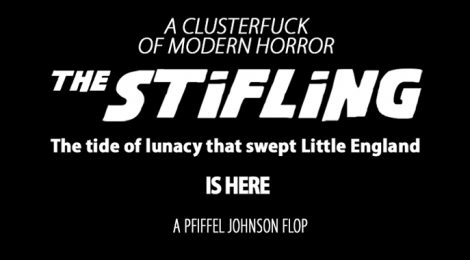 gstain / January 7, 2021 / Comments Off on Champions of parochialism / Events

A similar madness to that which swept America and enabled Trump to get into power swept the UK when we voted first for the far-right Brexit project, and then for Bojo the Clown as ‘Prime Minister’. Many who voted for him must surely now be having extreme doubts, not only about the stifling form of Brexit that he’s foisted on us (which few wanted and no one voted for), but about his own capabilities.

For we now find ourselves with a Prime Minister in name only, who doesn’t understand his job, and won’t do his job. Time and again, when there’s a crisis, he simply scuttles away on holiday.

He never listens to the experts, indeed derides them until it’s too late, and then he has to make the inevitable total U-turn. He is the exact opposite of a leader: he’s a Secondary Follower, as well as being a Prime Ditherer.

And very thick with it. Again and again he’s revealed a startling lack of intelligence and judgement.

One of the reasons for this is that he is tragically handicapped – by his own overweening ego. He really doesn’t care about anything else in the world but himself. He is devoid of principles.

… and a vain theory that one could ‘take it on the chin’. Through such inanity, and his procrastination in enforcing proper precautions, he was undoubtedly responsible for many thousands of avoidable deaths.

But by far Johnson’s greatest folly – in the context of the Covid pandemic – has been his blind, entirely undemocratic pursuit of a minimal-deal Brexit that nobody voted for. Having shot us in one foot with his dilatory handling of the Covid crisis, he’s now shot us in the other with Brexit: this extraordinary shrinking of our potential and narrowing of our world vision. This is an endarkenment: the opposite of enlightenment. Which is at once a championing of idiocy, a deliberate self-inflicted wound on our trade and commerce, and a horrific disuniter of our society and our once-united kingdom.

Like Trump, Johnson represents a move from the enlightened values of ciivilisation towards thuggish barbarism. As Kenneth Clark said in his classic TV series ‘Civilisation’ in 1969, we have an underlying ‘earthy, animal hostility to reason and decorum that we have retained from our days in the primeval forest.’ He argued that steps away from civilisation have almost always occurred in periods of nationalism, and that civilisation all too often becomes tarnished by greed and laziness, and our ‘consciousness of the sublime’ is lost. ‘Heroic materialism is not enough: we are left with no centre’, and the shallowest of values.

So it was that in 2018 Johnson said Trump deserved Nobel Peace Prize, while displaying a naked hatred of Barack Obama.

It is in these conditions of laziness that far-Right political movements creep up on us, almost before we realise it, and people start voting for them without apparently appreciating what it entails, and just how far to the right they in fact are. So that their much vaunted ‘sovereignty’ turns out to be the very opposite.

We’ve never had any misfortune greater than this in our history, the triple whammy of Covid, Brexit and Bojo the Clown – the British Trump. By far the worst Prime Minister in British history. The Prime Destroyer. (Actually, the truth is we’ve never had a bad Prime Minister, really, before in our entire history. This situation is unprecedented.)

And yet, incredibly, people still vote for him.

I’ll be talking further about this enigma in a later blog.