Browse: Home   /   The Wright stuff on a damp day in Derby

The Wright stuff on a damp day in Derby

‘The Orrery’ by Joseph Wright of Derby. Photo: Gordon Stainforth

It was a bit damp in Derbyshire today so we decided to visit the Derby Museum and Art Gallery. I lived in Derby up until 14 years ago, and last visited the museum about five years ago, and today found it almost miraculously transformed. It always had a slightly tired, jaded look, but now it is in the process of being renovated with the latest exhibition techniques, and it really is outstanding, indeed world class.

It is all the more remarkable given the problems of lack of government funding, so that it has recently had to become a charitable trust.

The great centrepiece of the museum, as always, is the Joseph Wright gallery. Always impressive, it is now simply stunning. With neutral gray walls and superb lighting, the pictures (which have all been cleaned) almost leap out at you from the walls. It has very deservedly been recently ‘Designated as an Outstanding Collection’. 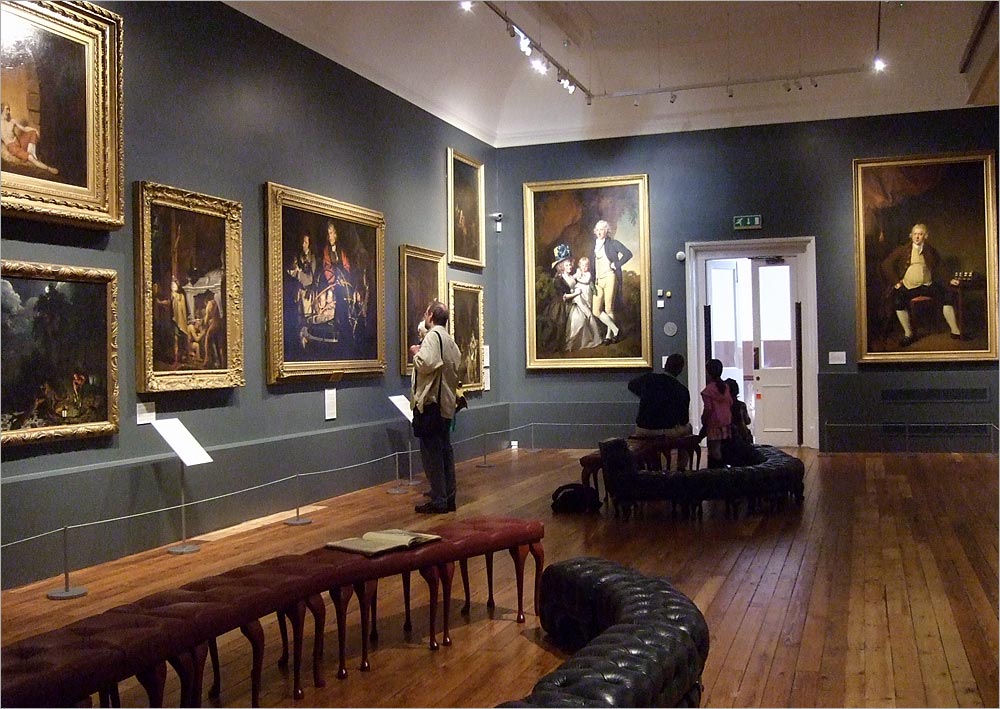 Of course, Wright’s most famous picture, the huge ‘Experiment with an Air Pump’ has pride of place in the British collection at the National Gallery in London, but almost all his other key works are to be found here in Derby, including such masterpieces as ‘The Orrery’ (above), and ‘The Alchymist’ (below): 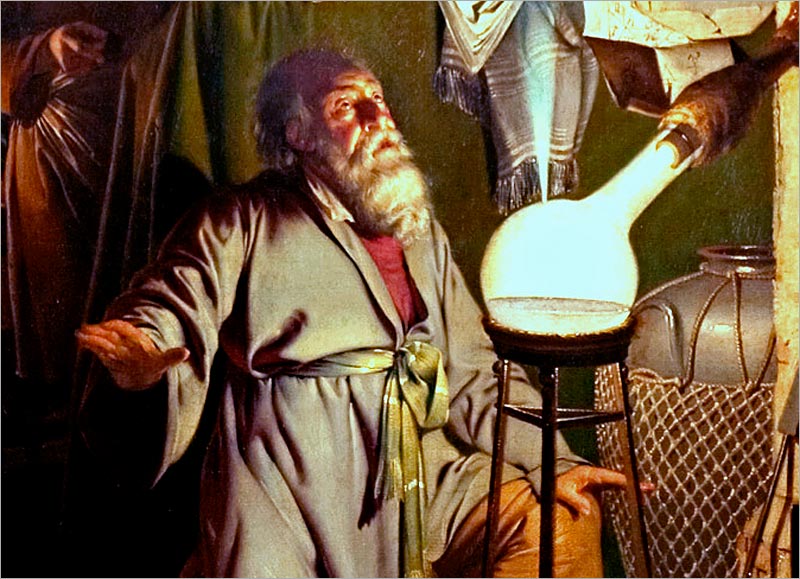 ‘The Alchymist’ by Joseph Wright of Derby. Photo: Gordon Stainforth

Joseph Wright is possibly not as widely appreciated as he deserves, and certainly the Derby collection has not had the publicity it merits. He was a innovator of great technical mastery, and his dual passion for dramatic lighting effects and the scientific subject matter of many of his paintings have an almost religious intensity. 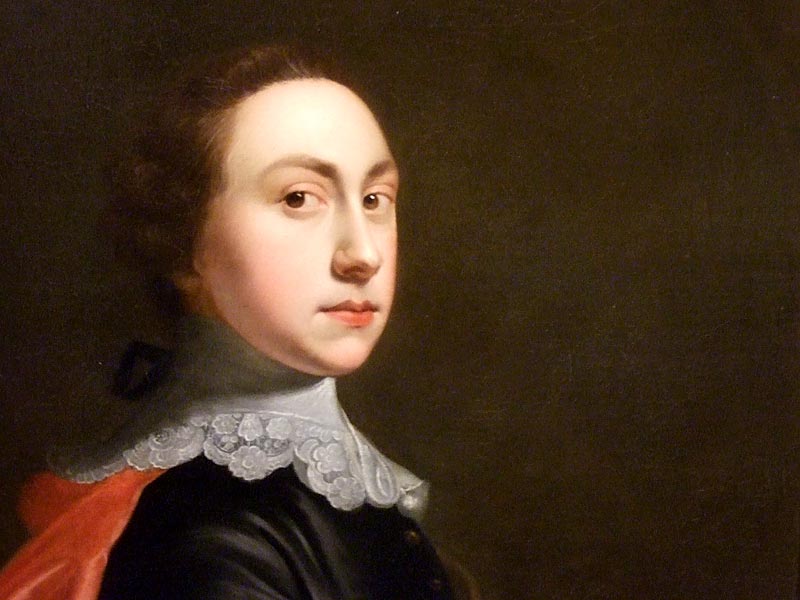 But the excellence of the Derby Museum does not finish here. Every exhibition – and they are all in the process of being completed restaged – is superlative. From ‘The Soldier’s Story’ (about the history of the Sherwood Foresters Regiment) … 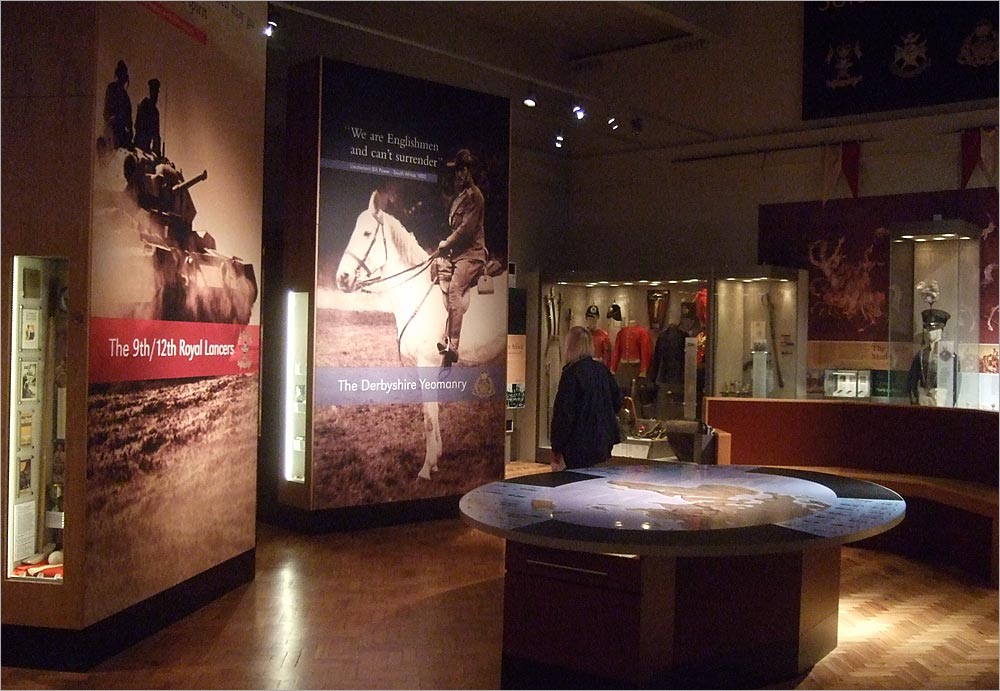 … to the geological, archaeological and natural history exhibitions, the stuffed animals and birds, the Egyptian mummies, and the Bonnie Prince Charlie room (an exact replica of his final base in Derby, which was where he realised that his whole project of overthrowing the monarchy was a lost cause) … 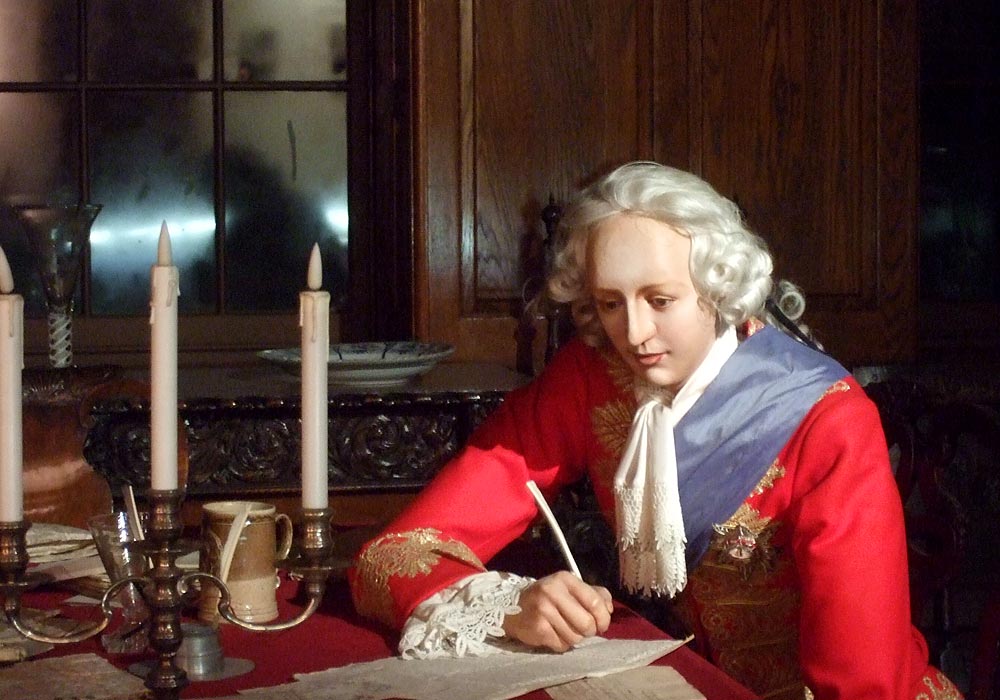 … not to mention the frequently changing temporary exhibitions of modern art and historical curiosities – the displays are superbly staged and designed. Highly recommended.

We then retreated to the wonderful, cosy ‘Hollybush’ at Makeney for a pint. (BTW, It’s quite easy to find because it’s very close to the centre of the universe …) 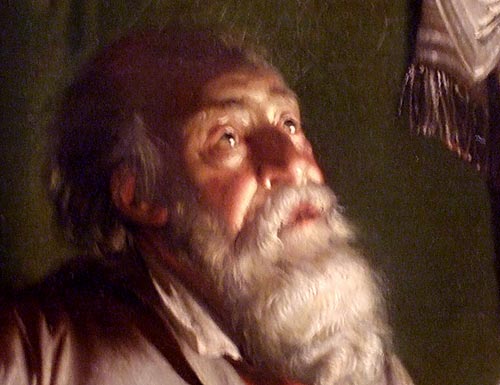 ‘The Alchymist’ by Joseph Wright of Derby. Detail, by Gordon Stainforth.
… I know the feeling 🙂