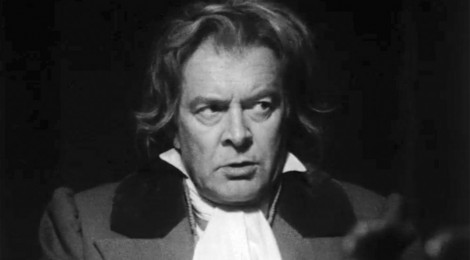 Beethoven’s double resurrected from the dead

gstain / July 23, 2015 / Comments Off on Beethoven’s double resurrected from the dead / Arts 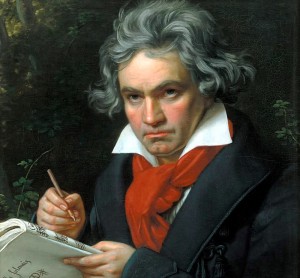 Exactly forty years ago, in my last year at the RCA Film School in London, I made a half-hour movie about Beethoven starring Tony Britton, called Out of the Labyrinth. It was never shown publicly and has lain in various cupboards and attics in six different houses. Recently I decided it would be nice to get it transferred to a digital format, and put it on YouTube. I hadn’t seen the film can it was in for years, and I searched the house in vain. It was in none of the likely places that it might have been, including the cool cupboard under the stairs. My last hope was the attic (not a good place to store film because of the extremes of heat and cold.) Eventually on one side of the attic I found several boxes covered by rugs and cushions … and there it was. I’d obviously put the cushions over it for insulation.

I then took the film – it was shot in 16mm, and had a magnetic stripe sound track – to iDailies laboratory in Acton. I was fearful that the film would be brittle and the sound track possibly no longer usable, but iDailies did a splendid job and, suddenly, there was Tony Britton again giving his fine performance as Ludwig. 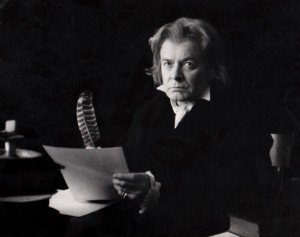 Tony Britton in ‘Out of the Labyrinth’

I don’t think when Stanley Kubrick asked me to be the music editor on The Shining he had any idea that I had made this film five years earlier, and had quite a lot of experience of using music in film. And I’m sure I never told him about it. How I would love to have been able to show it to him now! I think he would have been very interested by the way I used long tracking shots (superbly shot by cameraman Peter Ormrod) in a way that anticipated Stanley’s use of the camera in The Shining. 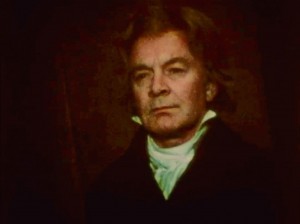 The story of making the film

Tags: Beethoven, Beethoven movie, Gordon Stainforth, Out of the Labyrinth, RCA Film School, Tony Britton
← The Matterhorn and the Taugwalders: reflections on the 150th anniversary of the first ascent of the Matterhorn
Failure to see the full picture →