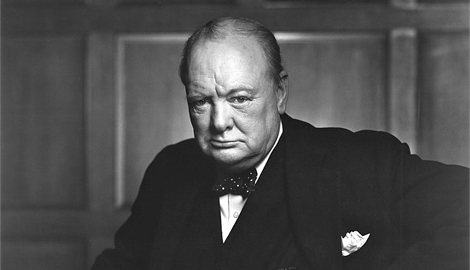 Previous sections of this essay:

4. The concept of the European Union.

The Conservatives’ irrationality and dishonesty (in that we are no longer as good as our word when we sign an agreement) is compounded by a failure to understand the basic values and principles that underlay the European Convention and the European Union. On June 26, Cameron, blithely confident about success in renegotiating our EU membership, said:

Our membership of the EU will once again have a common market at its heart. We would have got off the treadmill to ever-closer union.

Leaving aside the fact that the metaphor of a treadmill is as revealing as it is ill-chosen, in that a treadmill is not something that ever goes anywhere, Cameron’s comment reveals a lack of understanding that ‘closer union’ (Churchill’s dream) is one of the key principles that we signed up to. All he appears to understand is the concept of a common market (and that not well.) The crucial importance of a closer political union is completely lost on him.

There are certain values, certain principles we all share – well, we cannot touch them, we shouldn’t touch them – and we’re not going to do it.

You can’t discriminate between EU citizens in competition for jobs, just as you can’t discriminate between EU citizens on EU territory in access to health services. Imagine if British people who retire in France or Spain had differential access to French and Spanish health services. That gives you some idea of what would happen if the boot was on the other foot.

Rafal Trzaskowski, Poland’s secretary of state for European affairs, said we’ve got to be honest with our electorate about the consequences of leaving the EU. We can’t tell them on the one hand that we will not accept the free movement of workers and will not pay into the EU budget and then on the other claim that:

… you can still be part of the internal market and keep your second houses, that you will still be free to travel, that there will be no customs duties, and so on and so forth.

Although French politicians were notably absent from the 200-year commemoration of Napoleon’s defeat at Waterloo, Le Monde, the country’s biggest national newspaper, said:

Today, we solemnly say to our friends across the Channel: beware, Brexit could be your Waterloo! … Messieurs les Anglais, don’t let the sirens of a fake independence pull you away from the continent. Just as in 1815, your future is in Europe.

Le Monde went on to point out that one ‘spectacular achievement’ of Waterloo was that it had given us two centuries of Anglo-French peace.

I’ll finish this rather long blog by saying that I’m unashamedly pro-European, or in the words of Nietzsche, I’m a ‘Good European’. I love Europe. It’s our culture. We belong to it as much as any other nation in Europe. The Greece of Socrates, Plato and Aristotle. The France of Descartes, Voltaire, Pasteur, Godard and Truffaut. The Italy of Dante, Leonardo, Michelangelo, Galileo, Verdi and Fellini. The Holland of Spinoza, Rembrandt, William of Orange, and Van Goch. The Spain of Goya, Picasso and Bunuel. The Portugal of Henry the Navigator and Vasco da Gama. The Denmark of Kierkegaard and Bohr. The Poland of Copernicus and Chopin. The Norway of Ibsen and Amundsen. The Sweden of Nobel and Bergman. The Germany of Bach, Kant, Goethe, Beethoven, Nietzsche and Einstein. The Austria of Mozart, Freud, Wittgenstein and Pauli. The Ireland of Boyle, Yeats and Joyce. The Scotland of Hume, Watt, Livingstone, Gladstone and Fleming. The Wales of Russell and Thomas. The England of Shakespeare, Newton, Paine, Faraday, Darwin, Rutherford, Churchill and Berners-Lee – not to mention the birthplace of practically every modern sport worth talking about.

Nietzsche’s objection to his own nation, right back in 1888 at the time of the Second Reich (long before the horrors of the Third Reich), was that:

The Germans did Europe out of the miracle of the significance of Napoleon; hence they have on their conscience all that followed, that is with us today – this most anti-cultural sickness and unreason there is, nationalism, this national neurosis with which Europe is sick, this perpetuation of European particularism, of petty politics.

In a desperate bid to keep a bunch of die-hard Tory nationalists on side we see Cameron fooling about with such petty politics, and a referendum that puts the very security of Europe at risk, instead of getting on with running the country. (Which will be the subject of a future blog – after which I shall probably put my political head back under the parapet of my ‘artist’s garret’ in my beautiful retreat of Belper – which means ‘bel repaire’.)

It seems extraordinary that we now find ourselves saddled with such a dangerous and potentially destructive government (voted in largely by default as a result of the pitifully inadequate alternative offered by Labour.) The economic risks of the Tory’s nationalistic project are huge. To lose the next Airbus as a joint project with the French, for example, would be catastrophic. But if this extremist, dogmatic government persists with its folly, the ‘Dark Ages’ that Churchill feared could easily return, and then the Little Englanders will be left with nothing else to do but sing ‘Rule Anglia!’ from a little frigate stuck somewhere out in the Atlantic.

What Churchill said (in his 1948 Zurich speech) about the League of Nations can easily be applied to the plight of the European Union now:

[It] did not fail because of its principles or conceptions. It failed because those principles were deserted by those states which brought it into being.

The signs are ominous as long as Cameron persists with his fantasy of a new kind of membership of the EU:

… a membership rooted in what is our national interest today [my italics] – a Britain in Europe, but not run by Europe.

Which makes about as much sense as talking about an England represented in Westminster but not run by Westminster. As if we exist in some kind of Erewhon that’s separate from any geopolitical reality. Mr. Cameron needs to put that old map of Europe up on his Downing Street wall. Perhaps alongside this portrait: 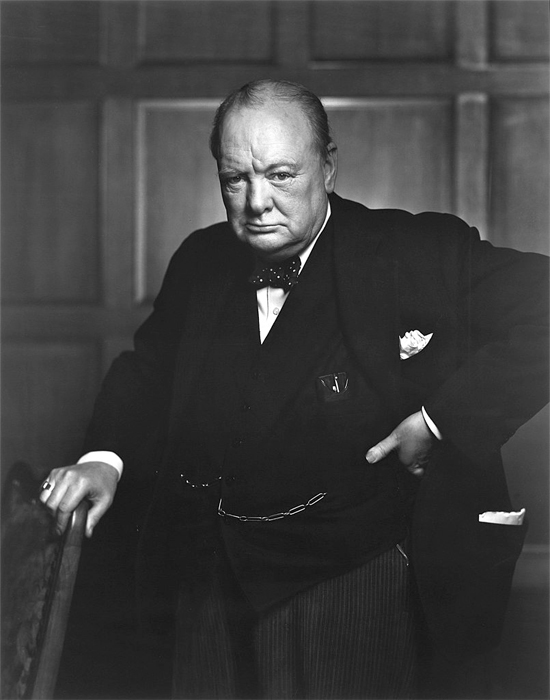