Browse: Home   /   Strange mistakes in European history and geography 1/4: The map of Europe

Strange mistakes in European history and geography 1/4: The map of Europe

gstain / December 28, 2015 / Comments Off on Strange mistakes in European history and geography 1/4: The map of Europe / Events 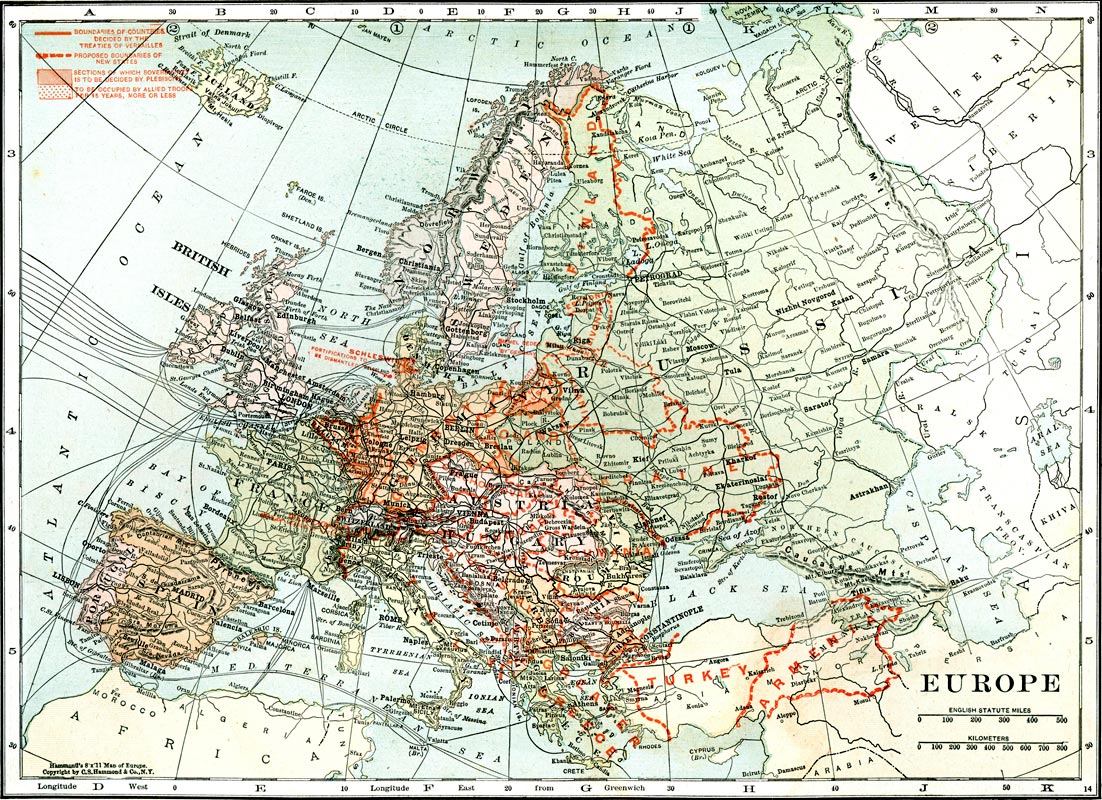 Later sections of this essay:

1. The territorial concept of Europe

Since when was Europe a separate entity that started the other side of the English Channel? I can remember very well the kind of map of Europe that was hung on classroom walls in the late 1950s. Perhaps modern school children (since about the mid-1970s) – even those who were privileged enough to go on to crème-de-la-crème public schools like Eton – no longer had such maps on their primary school walls? From a very early age, I understood that Britain, geographically, historically and politically, was an inseparable part of the continent of Europe. Despite the English Channel, we never had a concept of ‘mainland Europe’ as something totally separate from us.

Instead, I knew by about the age of ten that all of us in Great Britain had come out of continental Europe – not just the Romans and Anglo-Saxons and Danes and Normans, but even the earlier Celtic Britons (who came out of central Europe in around 500BC.) Yet today a large minority, or even a majority, of English people (i.e. Anglo-Saxons) don’t realise that they are of a rather pure Germanic stock. It’s certainly not something they take kindly to being reminded about.

Under David Cameron the ignorance of the electorate appears to have reached new heights, with a large number apparently believing that ‘Europe’ is some new political contrivance that was invented at the time we joined the EU. And that, although we have signed various agreements, we have every right to cast ourselves off from it, as if it’s some kind of sinking Titanic. And that this would be a wise thing to do, even though we have no viable lifeboats. Of course, the Conservative Party, in league with most of the gutter press, has been only too keen to foster this new petty nationalism, which is so at odds with our history and our culture.

Also, in roughly the same time span, we have seen the emergence of a new type of political decision-making ideally suited to such dim-witted parochialism: government by a show of hands – a referendum. ‘It’s a very simple question,’ we are told. ‘Do you want to be “in” or “out” of Europe?’ They don’t even bother to explain what they mean (presumably because they don’t really know themselves.) And, having allowed this for the Eurosceptics, they then had to give the same kind of choice to the Scots about staying in the United Kingdom. This is just the kind of madness that results from an ill-thought-out plan to garner votes from the ignorant masses. Suddenly Mr. Cameron found himself in very hot water, saddled with something (most commentators agree) he himself is not at all keen on. But that’s one of his problems. He seems exceptionally prone to making very bad moves on the political chessboard.

So now we have a shocking new electoral map of Britain, which shows very dramatically the damage that’s been done to the once-united Kingdom by three decades of contemptuous treatment of the provinces by home-counties-centric Conservative-led governments in Westminster. 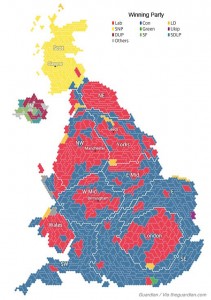 Map of General Election results, May 2015