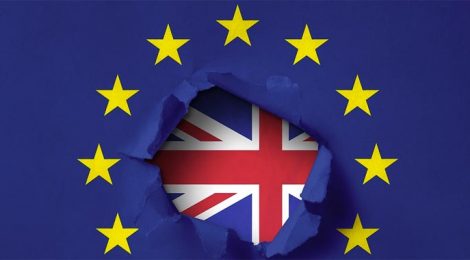 On the UK Climbing website that I frequent, the subject of the EU referendum has loomed large in recent threads in the ‘Down the Pub’ forum. Last Wednesday, Roger Webb started a discussion entitled ‘No debate EU referendum thread.’ (http://www.ukclimbing.com/forums/)

‘The general idea,’ he explained. ‘is to have a thread where people can put up their reason for voting Remain or Leave without getting jumped on for it. The purpose is to allow people to see the wide variety of reasons that others have for their particular choice without getting bogged down in the point scoring.’

Almost as soon as I posted on the thread, I got the following response (from a ‘Jim C’):

A rant, instead of a considered view. Just what we need, go for it, it’s what UKC is about.

Fortunately (from my point of view), the overwhelming majority of UKCers who have contributed to the thread so far have said that they will vote ‘Remain’.

Here was my contribution – an unashamed ‘rant’ about it, because I am, like many, very angry about this absurd referendum. I repeat it here as I wish to stick my colours to the mast, and make my position absolutely clear as the dreaded date of June 23rd approaches:

I find the prospect of Brexit absolutely terrifying; just how any sane informed person can be voting for it, given the dangers, uncertainties and certainties (certain damage), is beyond me. I regard a Brexit vote as amounting almost to a criminal act: a deliberate decision to hurt one’s neighbours and one’s country, and put even the security and peace of the country and continent at risk. If it’s not criminal, I suppose it could be regarded as a kind of vandalism perpetrated by people suffering from diminished responsibility.

I sincerely hope that my worst fears are unfounded, and that I shall be proved wrong in the event of Brexit. But even if I am partially right I shall never forgive the perpetrators. I regard them, frankly, as pig-headed, selfish, ignorant louts, worthy of no greater respect than football hooligans.

One particular worry I have is that, if the Brexiters win by a narrow majority, the business classes and intelligentsia in this country are not going to take it lying down, and there could be extremely ugly turmoil, perhaps even leading to a kind of civil war. A general election (say, with Boris standing for power) could see very ugly and violent scenes, just as we have seen at Trump rallies in America.

If a Brexit scenario unfolds as I fear it may (with a further breakup of Europe, and quite possibly of the United Kingdom itself), the Brexiters will be seen by future generations to be the greatest Breakers and Wreckers in British history.

So far, 6 contributors to the thread have responded to my rant by voting ‘Like’ and 5 have voted ‘Dislike’.

These are worrying times. 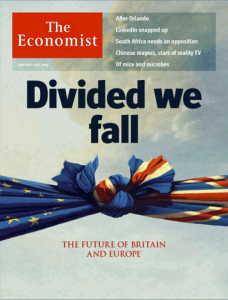