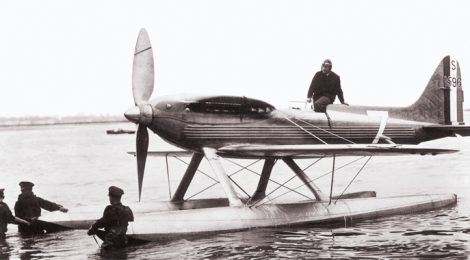 An outline of George’s life story 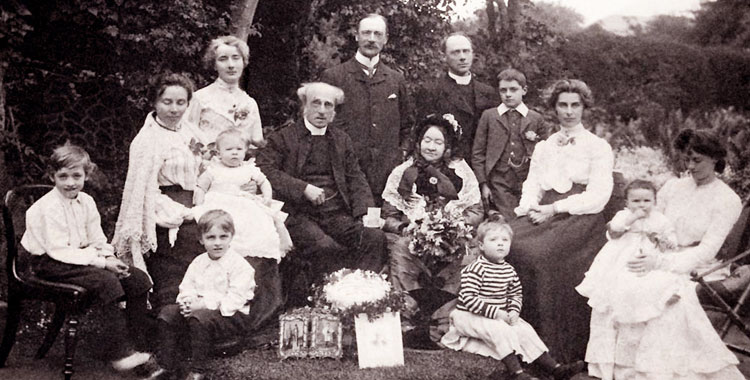 Many of the stranger features of George’s life (seen here sitting at his mother’s feet, front left) can be traced back to his being brought up in a very strict evangelical Christian family, and this eventually led to his becoming distanced, if not estranged, from his parents. Like his elder brother, Archie, on the left, and younger brother, Moxon, sitting on his mother’s lap, he entered a career that took him far from home. A fourth brother, David, is sitting in a striped jersey on the right.

George’s mother, Mary, was part of the large Glover family seen on the right. Next to her is her younger sister, Ellen, and then her father, the Rev. Richard Glover. Next, her brother Sydney, an accomplished artist, then her mother, Sarah, then brother Rev. Archie (A.E.) Glover and Sydney’s son, then sister Ethel, and finally Rev. Archie’s second wife Evelyn and their young daughter.

As with all such family group portraits, it is intriguing to consider what differing lives they all lived, and what differing life spans. For example, Ethel lived to the age of a hundred, and George’s younger brother, David, died just two years later at the age of just six after falling into a scalding bath … a terrible tragedy that scarred George for life, and does much to explain his extraordinary behaviour from 1935 onwards …

… But that is to look a long way into the future. Meanwhile … 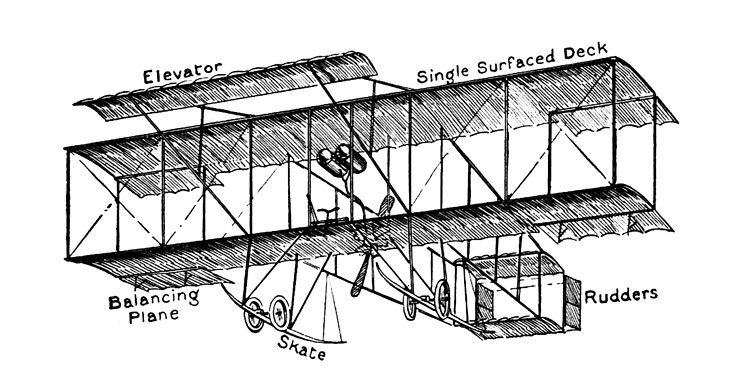 The Crystal Palace, close to the Stainforth family home in south London, was one of the early focal points for aviation in Britain. George’s passion for aeroplanes developed after Samuel Cody flew directly over his school before landing at Crystal Palace in 1907. He and his younger brother Moxon began to make frequent visits during their school holidays to air displays at Brooklands Aerodrome, which was easily accessible from their grandparents home at Wotton Rectory near Dorking.

George’s mother disapproved so strongly of aeroplanes that he was forced against his will to join his brother Archie in ‘the family regiment’, The Buffs, in 1918. He then deliberately misbehaved so badly that he was eventually thrown out of the army in disgrace in 1923. Somehow he managed at last to join the RAF, and very soon proved to be a pilot of exceptional ability. The late 1920s were for George ‘Golden Years’ in which the RAF in effect became the family that he had never had. After being part of the RAF aerobatic team in the late twenties, he joined the High Speed Flight in 1929. In 1931, when the British team won the Schneider Trophy air race outright, he was chosen to attempt to break the world speed record in the Supermarine S6b seaplane. 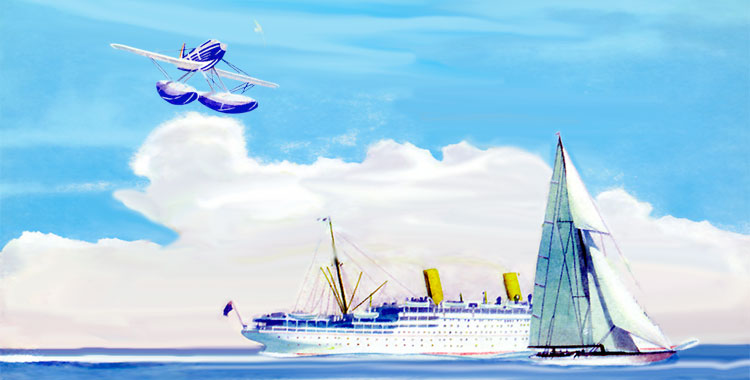 Watched by over a million people on the side of the Solent, George became ‘the fastest man in the air’, being the first person to fly over 400 mph. After which he went to Buckingham Palace to receive the AFC from the King.

Following this success, George became one of the RAF’s chief test pilots at the Royal Aircraft Establishment in Farnborough. It seemed that nothing now could possibly go wrong with his career; but one day in the summer of 1935, when bad weather forced him to fly low over Salisbury Plain, close to Stonehenge, he was involved in an incident that triggered a chain of circumstances that led directly to his death seven years later …

George divebombs a civilian bus near Stonehenge in his fury biplane

After ‘the incident near Stonehenge’, George was grounded and posted to the aircraft carrier HMS Glorious with the non-flying, administrative job of Adjutant. It was when the ship was based at Alexandria in Egypt that he met a beautiful married lady, Stella Deacon, at a party in November 1935. 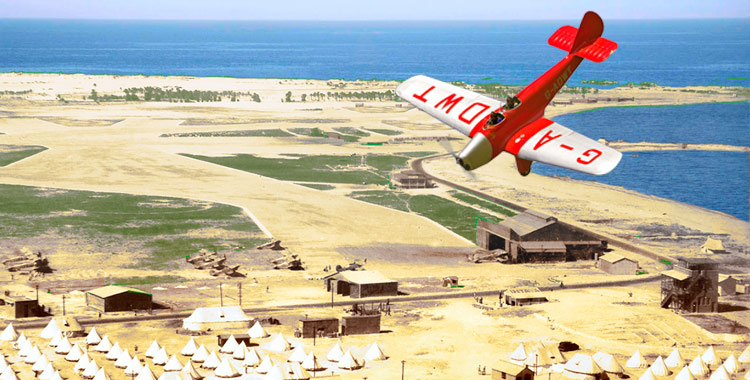 By the spring of 1936 they were deeply in love with each other; indeed George had become so obsessed with her that his work as Adjutant was badly affected. Shortly after taking her on an aerobatic flight over Dekheila Airfield (shown above), and then for a weekend in Giza, where they made love under the pyramids, the RAF gave him a sideways promotion to Iraq as an ‘acting Squadron Leader’. But this was another strictly non-flying job: running the Aircraft Depot in Hinaidi.

George endured this for year – during which he kept in touch with Stella through hundreds of letters – before eventually being given the command of 30 Squadron, at the huge new base of Habbaniya near Baghdad. This airfield in the desert, described as the ‘Jewel in the Crown’ (but from which wives were banned), rapidly gained a reputation for eccentricity. On one occasion in March 1938, a new recruit was greeted by the whole squadron in fancy dress, including George dressed in black as the devil, complete with horns.

At the Munich Crisis, the Squadron was sent to Egypt, but after ‘peace in our time’, they were ordered to return immediately. But George did not arrive back at Habbaniya for ten days, having once more pursued his affair with Stella in Alexandria (… in a strange menage a trois with her husband, Dick).

The RAF top brass now sent George home to Upavon in despair, to utilise his immense piloting skills test flying all the latest models of Spitfire and Hurricane, etc, and to write the ‘Pilot’s Handling Notes’.

After a year of being exiled from his lover in this way, George requested active service again, and somehow managed to persuade the RAF to let him return to Egypt as a Wing Commander in charge of two squadrons guarding the Suez Canal. But when he arrived back, he was devastated to find that Stella had now separated from her husband and was engaged to a new lover.

Although his eyesight was failing, and as Wing Commander he was meant to stay on the ground, George still flew at every opportunity. When Churchill, on a visit to Egypt in August on his way back from visiting Stalin in Russia, encouraged George to give King Farouk an air display to frighten him, George took up the challenge with alacrity. He dived his Beaufighter straight towards the Royal tent and fired his rockets so that they only just missed, and made huge craters in the ground. 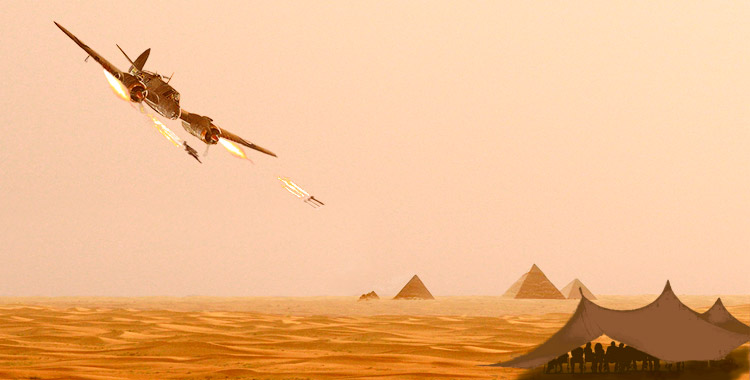 A few days later, George was again grounded, but he took no notice …

His death, officially described as ‘killed on active service’, while strictly true was very economic with the truth … 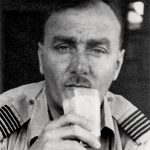 [All pictures above are from the Stainforth Family Archive]